I’ve been working with retirees for over the last 24 years. I’ve seen in the real world what leads some clients to experience more satisfaction and happiness in retirement than others. Also, in my pursuit of a PhD in retirement planning, I’ve read hundreds of research papers on retirement. In this episode of Financial Transitions, I want to share with you a couple of strategies that have been shown, in practice and in research, to increase retirement satisfaction.

Read the full transcript below, and check out my free, upcoming webinar on finding more fulfillment during retirement:

What Leads to Retirement Satisfaction? Sign up for the free webinar today!

Thank you for joining me on today’s edition of ‘Financial Transitions.’ My name is Robert Pagliarini.

Over the last few years, I’ve been getting my PhD in retirement planning, and as a result, I’ve had to read countless articles and research studies on retirement: what works, what doesn’t, etc. Many of these articles relate to the financial aspect of retirement: how can you amass wealth? How can you convert that wealth into an income stream? How can you make sure that you don’t overspend? There are many considerations when it comes to the financial side of retirement planning, but there are also many aspects to retirement that have nothing to do with money.

I did a webinar about this topic a couple of months ago. If you’re interested in listening and watching that webinar, go to https://www.pacificawealth.com/podcast/. You’ll see this episode and in the description, I’ll have a link to where you can check out that webinar.

What Leads to Retirement Satisfaction?

Money is extremely important. Please, don’t listen to anyone who says that it’s not. It absolutely is. Frankly, most of the time, when I hear people talk about money and that it’s not important, it’s usually because they’ve never been in a situation where they haven’t had any money. Growing up, I understand what it was like to not have any money, and so I appreciate what money can buy. With that appreciation comes an understanding of what it can’t buy.

Having said that, what are the other factors that create and lead to a better retirement? Again, many of my comments will be focused on the last 24 years that I’ve been working with retirees and seen what’s worked well, as well as the research in the field.

The first topic is, in order to have a happy retirement – one that you’re satisfied with – one of the first steps is to make sure that your retirement is voluntary. What do I mean by that? Well, what can happen is when someone turns 50 or 55, they might go through a situation where their company is bought out, it might be going through a merger, or basically, they might be laid off. And what happens – or what can happen – is that sometimes, they’re not able to get another job. So, this is a description of an involuntary retirement, where they’re basically forced out and not able to get a new job and are therefore thrust into this retirement.

So, what happens if you are let go prematurely, and you feel like you have more years left in you? What are some things that you can do? The first step is to be prepared. Make sure that you’re increasing your skills. Sometimes, when people turn 40 or 50 or 55 or even 60, they sort of go into autopilot mode. They stop networking, they stop getting the designations that will help, they stop doing all of the things that help them become successful. As a result, if they are let go involuntarily, they have a hard time finding new work, because they’ve basically been on autopilot so long. So, the first step in this process is to make sure that you’re doing all of the things necessary just in case.

The second characteristic to folks who really feel like they are satisfied in retirement, is they say that they’ve retired with a purpose. Let me make a point of clarification here: it’s not as if they retire and they know exactly what they’re going to do. For many retirees, they go through a period of time (it could be a few months or maybe even a few years) where they’re not really exactly sure, they haven’t really identified who they are in this post-work environment. They’re retired and may have worked for 20 to 30 to 40 or maybe even 50 years, and that’s been their identity. Their place of work has been the area where they’ve had friends and relationships – that’s been their area of being able to socialize with others. They also had responsibility, they had deadlines, they had projects that they’d manage, and this (of course) provides a lot of purpose and drive and identity. But once you retire, much of that goes away. You don’t have a place to go into. You don’t have people that you’re seeing every single day. Your sense of purpose may not be as strong as it once was. And so for many retirees, they go through a period where they have to transition. They don’t know exactly who they are or who they want to be, and as a result, they have to figure it out.

If you are pre-retirement, meaning, if you are not retired yet, this is a great opportunity for you, because you can start to think about these issues now, before you’re retired. That way, once you retire, you don’t have this long transition period where you’re trying to figure things out. That’s really very important.

If you are already retired and you’re struggling a bit with having this lack of identity, the best thing you can do is to get around other people. Talk to people who are already retired. Get together with some of those colleagues that you used to work with. Talk to your friends. Figure out what is it that’s driving you – what is it you want to do? What are some of those things that are going to make you jump out of bed in the morning? That’s really what identity and purpose is all about. It’s something to wake up to, and that’s really the most important thing. The people who have expressed that they are very satisfied in retirement are the ones that have transitioned from this workplace identity to a retired identity.

But don’t get me wrong. I don’t want you to think of retirement as pulling back or stepping away or downgrading. No. The clients that I have that are the happiest in retirement are not the ones that have stepped back or have stopped doing things or have disengaged. It’s just the opposite. These people have ramped up their lives; they’ve started new things; they haven’t disconnected, they’ve connected on so many new levels. So, this new type of retirement is not that retirement you see in the movies or in ads for financial services, where it’s the older couple sitting in their beach chairs looking out at the ocean – maybe, for some, that’s their ideal version of retirement, and that’s cool, that’s great, there’s nothing wrong with that. But I truly believe that there’s a new approach to retirement. This new approach is all about starting things, having an adventure, having retirement be something where you get to do all of the things that you’ve dreamed about but haven’t had the time or money to do – that’s what I consider this new approach to retirement. That’s why it’s important for you to come up with this new purpose and this new identity. And don’t get locked into this box where you’re thinking, ‘Well, because I’m retired, I can’t go start something. I can’t do something new. I have to step back.’ I don’t even like the word retire, because it ultimately means that you’re withdrawing. Those who are the happiest in retirement do not withdraw at all; they’re going out there and they’re getting it every single day.

Okay, so, the last point when it comes to satisfaction in retirement (and this is something that the research shows is pretty important, when it comes to satisfaction) is if both spouses retire at or near the same time. Why do you think that is? What do you think the problems might be if one spouse retires but the other doesn’t for two or three or four or five years?

Well, let me first say that there could be some advantages to staggering retirement. The first advantage I think of immediately is the financial aspect. Instead of having two incomes and dropping to zero incomes, if one retires, you still have an additional source of income. Maybe at that job, they provide healthcare and other sorts of benefits. That can be a huge bonus. What do you think the problems might be?

What the research shows is that, when you have one that’s retired and the other that’s still working, sometimes it works out great and there are no issues, but when there are issues, it’s typically because the person at home feels stuck at home. They can’t go out and travel, they can’t do all the things they really want to do, because their spouse is still working and doesn’t have the flexibility.

Now, imagine you’re the spouse still working, and you get up every day and you go into the office and you leave your spouse at home, and they’re hanging out on the couch, they’re at home. Sometimes, that can create some resentment – especially if both spouses want to retire, but, because of financial reasons, the one spouse can’t. We definitely do not want to create resentment in our relationships, so that’s why, and that’s one of the factors, with having a retirement that’s closely aligned. Maybe there’s a few months where one person has retired and the other hasn’t, but having some sort of strategy (and even if it’s longer than a few months), at least having an identifiable date where the person who is working understands that okay, after X number of months, I know that I get to retire. What having that specific date in mind does, is it allows you (both partners really) to be able to plan for that, so the person who is at home and wanting to travel and do all these really cool things, they know that as of this date, we’re going to be able to do these kinds of things. It buys you a little bit of time.

So, those are the three areas that research shows lead to retirement satisfaction. Are there others? Absolutely.

Again, check out the webinar, you can go to https://www.pacificawealth.com/podcast/, find this episode, and you can watch the webinar where I discuss all of the factors associated with retirement satisfaction:

What Leads to Retirement Satisfaction?

We know money is important, but beyond just the dollars and cents of retirement, there are these other factors that sometimes get lost or forgotten, and it makes a lot of sense for you to focus on these before you retire – or even if you’re retired now to focus on some of these issues. 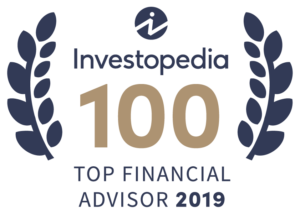